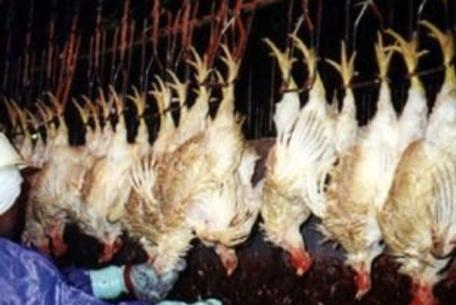 What's Wrong With Backyard Eggs?
By PeacefulPrarie.org Detailed descriptions of the industry that supplies hens for 'backyard' or home use / urban farming.

Egg-laying hens spend
​their lives crammed into
​cages or warehouses as cage-free or free-range hens, with almost no room to move.

Battery-cage egg farm; 95% of all egg-laying hens in the  U.S. The most efficient way to produce enough eggs to meet consumer demand and limit land use for livestock. 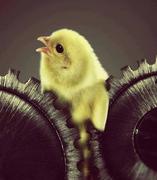 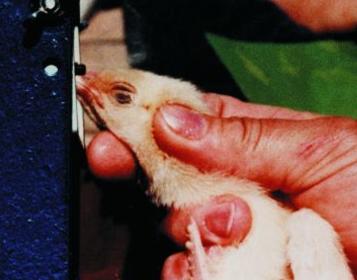 All chickens meet the same fate. 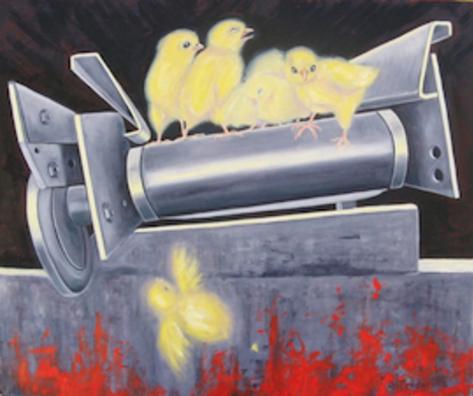 Chicks' very sensitive beaks are seared and cut with a hot blade to minimize damage done to each other in crowded conditions, as they have a natural instinct to peck. The agony from this procedure can linger for weeks and their beaks never grow normally. 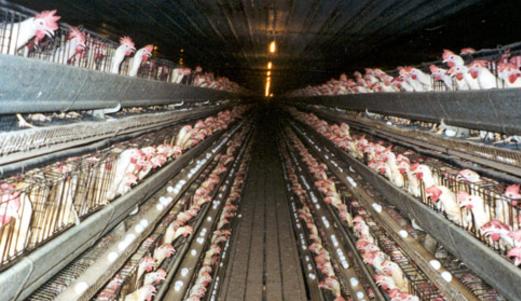 ​Commercial hens have been bred to lay an egg a day, on most days, causing enormous physical stress and depletion of their body's resources. Descendants of Asian Jungle Fowl, chickens would naturally lay a few eggs, maybe a few times a year. Excessive egg production, even in situations considered humane, depletes chickens of their natural resources, causes painful physical complications, and exploits their reproductive processes.

All are slaughtered for 'cheap meat,' when their egg production declines, at about 18—24 months old.

All male chicks born into the egg industry are
considered useless. They are discarded by being
ground up alive, suffocated, or gassed,
​even ​in systems considered ‘ethical.’
animalethics.org.uk/hens.html

Battery-cage egg farm; 95% of all egg-laying hens in the  U.S. The most efficient way to produce enough eggs to meet consumer demand and limit land use for livestock. 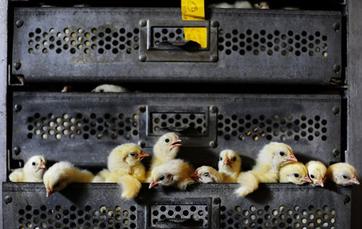 ​"Somehow or other, it has become the mark
of twenty-first century urban hipness to keep
a bunch of birds out back. The trend has become popular enough for dozens ofmajor cities to revise
their animal ordinances, thereby opening the legal floodgates for the emergence of urban animal agriculture, an endeavor that most American cities legislated out of existence (primarily for health reasons) back in the nineteenth century.

Lost in all the enthusiasm are the drawbacks.  According to Ian Elwood, of Animal Legal Defense Fund, “The solutions backyard chicken farming seeks to create — food security, local food sheds, healthful eating — are all better served by encouraging more plant based farming.” His bottom line regarding urban agriculture is simple: “Let’s leave animals out of it.”

Hens start laying eggs after about five months. Production, however, wanes at the age of two. Hens can live for well over a decade. Many backyard hen owners are as reluctant to keep ​a non-productive hen as they are to turn her into chicken soup.

The majority of backyard hens hail from the same industrial hatcheries that supply factory farms with millions of birds.
This undermines any pretense of thinking that backyard birds challenge the industrialized status quo. All the male chicks born in industrial hatcheries are likely either tossed alive into a grinder or gassed. Household hens
might be glorified, but ​their cute chicken brothers
​are treated like trash.

Hens are natural mothers. Hens and their chicks communicate before the chicks hatch!  Those in the egg industry never have the chance to raise their babies. 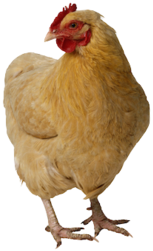 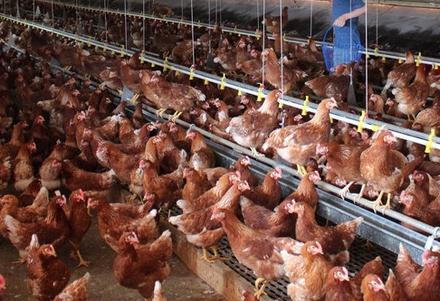 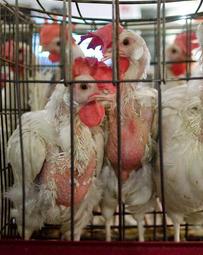 Five Reasons Why
​Owning Backyard
​Chickens Is For The Birds

Backyard hens are especially vulnerable to predation. Dogs, cats, snakes, coyotes, possum, hawks, raccoons, are prevalent predators and your poor hens, the ones you have come to love as pets, cannot indulge their natural defense mechanisms (such as finding a low tree limb hidden in dense foliage). They often are killed in a way that makes the slaughterhouse seem like a day spa.

There’s about a 5 percent chance that your hen will turn out to be a rooster. The sex of a chicken is hard to identify upon birth, even for experts.  Many male birds are tossed into shipping containers as a form of packing material, deployed to prevent the hens from banging into the side of the crate and having ​their retail value lowered. Urban ordinances are markedly less accepting of roosters, who are more often than not considered poultry non-grata in urban settings.

First-time backyard hen owners are enchanted by the idea of free-range or cage-free eggs. Build the coop, buy the feed, pay the vet, count the hours spent maintaining the coop and administering care, compensate the neighbor’s kid for feeding the hens when you go away, and then grab a calculator. The results? As one backyard farmer from Merced, California told an online chicken forum: “Don’t tell my wife, but I think my eggs are costing about $40 a dozen.” 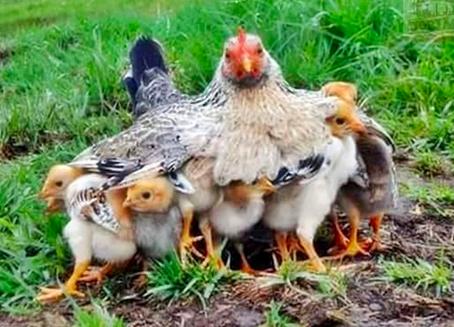 HARP for Animals​
View on Mobile