Alex lived in the Warsaw ghetto as a young boy. He found refuge in the United States after escaping the holocaust and later founded the Farm Animal Rights Movement. Alex recalls, "I find many similarities between how the Nazis treated us and how we treat animals, especially those raised for food. Among these are the use of cattle cars for transport and crude wood crates for housing, the cruel treatment and deception about impending slaughter, the processing efficiency and emotional detachments
​of the perpetrators, and the piles of assorted body parts — mute testimonials to the victims they were once a part of.[2]

"... the analogy has nothing to do with the identity, religion, ethnicity, or even the species of the victim,
​and everything to do with the commonality and operation of the oppressive mindset. Oppression
of other sentient living beings must be detected
and eradicated wherever it rears its ugly head.
By focusing on the most oppressed sentient living beings on earth, we hope to blaze a path to ending
all forms of oppression against all living, sentient beings, including of course, humans. It’s all part
​of the same struggle.”[3] 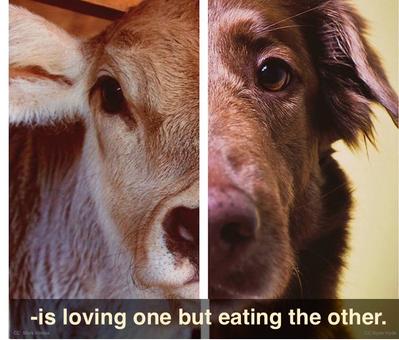 ”The fact that animals are not human, that they
belong to different species, is not a reason for giving less consideration to their interests”
(Peter Singer in Speciesism: The Movie).

Animals have an existence and their own interests outside of human profit. Speciesism disregards the moral consideration of animals’ lives, and is the  basis for why people eat their flesh, wear their skin, and use animals for experimentation and entertainment.
"Animals as well as humans have interests — though of course not all human and animal interests are the same. The interests that a being has depends on the experiences of which it is capable. Because both animals and humans are capable of feeling pain, for example, both have an interest in avoiding it. Indeed,the capacity to feel pain
is the condition of having any interests at all."[4]
— Peter Singer

Speciesism is a belief, expressed as a prejudice, that the the humans are superior to other species.[1] This prejudiced belief fosters a sense of entitlement; to use others regardless of harm done. Historically we ​have witnessed the destructive forces of prejudice ​​in slavery
​and in discrimination against women.​​

"It's time for us to change the way
we see the other animals with
​which we share the planet.

We need to start viewing them for who they are: individual sentient beings whose lives deserve
to be respected and valued."[5]

By Robert Grillo,
​of Free From Harm 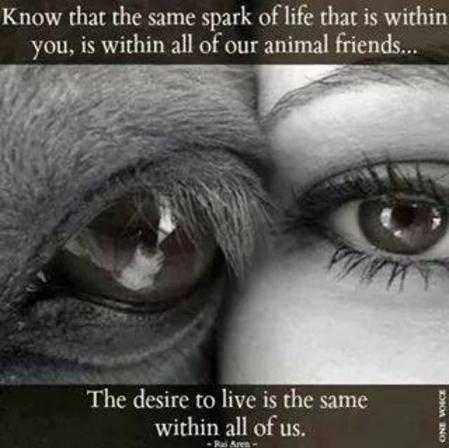 Also See:
Love One Yet
Eat The Other?

"People have a remarkable capacity to appreciate the unique intelligence, sensitivities, and social capacities of other species.
Yet beliefs based upon speciesism do not recognize animals’ inherent rights to
​life and freedom,
​so vital to their well-being." 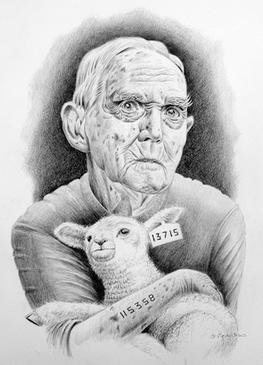