What Really Happens In

What Really Happens in

From Last Chance for Animals: 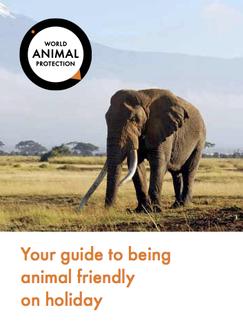 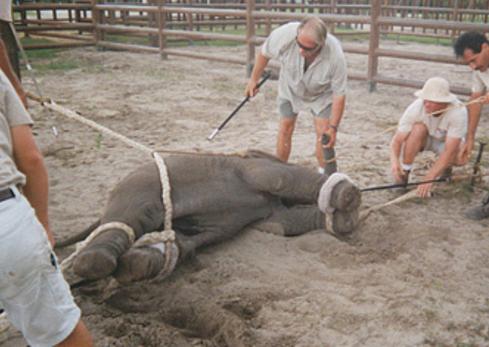 From Last Chance for Animals:

“Up to one quarter of this trillion dollar industry is driven by demand for wildlife tourism. What most people don’t know is the unacceptable cruelty and abuse of wild animals used in most wildlife activities. These activities include elephant riding, swimming with captive dolphins, and hugging and posing for photos with lions and tigers.

"These welfare abuses include very young animals being taken from their mothers, beaten and harmed during training to ensure they are passive enough to give rides, perform tricks or pose for holiday ‘selfies’ with tourists, with the worst venues including bear, elephant and tiger parks, and a turtle farm.”

What Really Happens in

By Kate Schneider. From new.com.au, February 5, 2016 "Approximately 110  million people visit wildlife tourist attractions around the globe each year, but most are unaware of the abuse that may be involved. Because behind these seemingly magical moments, often lies a lifetime of suffering.

"That’s according to a damning new report by World Animal Protection, which believes at least 550,000 wild animals are suffering at the hands of irresponsible tourist attractions around the world. The report states: “We want a world where wild animals live in the wild where they belong. But one of the biggest barriers to this natural freedom is global tourism.

Meet Ellie, the world's first robotic, educational elephant. She explains what her life was like in the circus. (2 min.) 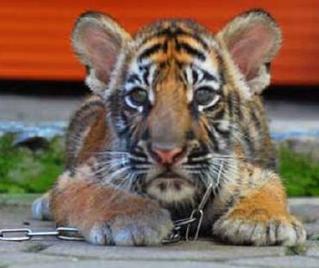 ​"Circus animals do not willingly stand on their heads, jump through rings of fire, or ride bicycles. They don’t perform these tricks because they want to and they don’t do any of these meaningless acts in their natural habitat. The ONLY reason circus animals perform is because they are scared of what will happen to them if they don’t."

"Animals in zoos are forced to

live in artificial, stressful, and downright boring conditions. Removed from their natural habitats and social structures, they are confined to small, restrictive environments that deprive them of mental and physical stimulation. While zoos claim to provide conservation, education, and entertainment, their primary goal is to sustain public support in order to increase profits."

​"Training circus animals involves physically punishing them. These animals know that refusal to obey in the
​ring will result in severe punishment later. Moments before entering the ring-trainers may give the elephants painful whacks or blows to remind them who’s in control and to ensure that the elephants perform the specified tricks on command."

"Very few zoos practice relevant and reliable research. Those that do mainly examine the physiological structure of a captive animal, as well as the illnesses he or she has acquired. These results however, are obviously skewed towards animals living in captivity. They therefore generate little information about how to best conserve species in the wild."

"Some animals are drugged to make them more manageable. Others have their teeth removed. Captive elephants are forced to breed as young as 8 years old. After the mother gives birth while tied up, her baby is taken away immediately, causing severe duress. Baby elephants are separated from their mothers and chained up ​to 23 hours a day."

Wild animals are used for entertainment while travelers do not realize what really happens to those taken from their natural habitats and forced into a life of performing unnatural acts, in unnatural environments.

"The training,  or “correction process” for the baby elephants includes being tied up and beaten repeatedly to break their spirit." 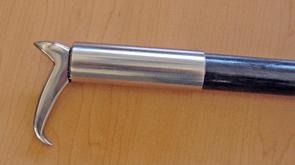 "There is no such thing
​as positive reinforcement
for animals in the circus — only varying levels of punishment, neglect, and deprivation. These animals have limited access to food and water as to will them to perform, as well as to prevent untimely defecation and urination while they are on stage or in public view."

​"While a number
​of zoos make an effort to provide some sort of education, they mostly teach people how animals react in captive situations. Patrons are unable to witness how multifaceted the lives of animals truly are. Instead, zoo-goers observe animals’ reactions to boredom, depression, and stress."

"We want a world where wild animals live in the wild where they belong. One of the biggest barriers to this natural freedom is global tourism."

Are zoos really the centers ​of education, amusement, conservation, and research they purport to be? Is our "need" to see animals more important than their need to live free in their natural habitats? (10:28 min.)

"Many animals held in captivity begin to form abnormal symptoms referred to as zoochosis.  These neurotic and atypical behaviors occur as a result
​of boredom, depression, frustration, a lack of mental and physical enrichment, and removal from their natural habitat and social structures."