"Do you think science is confused on the matter of meat-eating? You are not alone. "Funny how these scientific fellows change their minds from day to day. . . . One variety says: ‘Eat meat, lots of it, to build good, rich blood.’ Another says meat is poison," wrote one Chicago journalist . . . back in 1912.
"Since 1912, not all that much has changed in the befuddlement created
by meat science. What also hasn’t changed much is how powerful the meat industry is, and how influential. In 2011, in the U.S. alone, annual sales of meat were worth $186 billion. That’s more than the GDP of Hungary —
and a lot to protect.

"What is a consumer to do, then? Be skeptical. Click on that link in a popular article to go to the original study described. Scroll through it to check for conflicts of interest. Think about which side the money is on. Then decide for yourself what to believe. It’s not just meat that should be consumed with grains of salt."
Zaraska is author of “Meathooked: The History and Science of Our 2.5-Million-Year Obsession with Meat.”  Zaraska is a science journalist published in the Washington Post, Scientific American, Newsweek, the Atlantic, New Scientist,
the Los Angeles Times, the National Geographic Traveler, etc. She is author
​of two literary novels and a contributor to two travel books published by the National Geographic. Marta has visited over 80 countries around the world and lived in six of them.

"A new trade group, the Plant Based Foods Association, has been established to represent makers of proteins derived from peas, soybeans and other nonmeat sources."

NEWS: IN THE MEDIA

What Big Meat [does not want you to know]:
​Research is frequently funded by the industry.

>>  Imagine that ALL animal products are now lab grown. Animal products carry great health risks, despite being able to control factors of saturated fat and cholesterol content (part of lab-grown meat). Would this continue to be ignored?
>> "No suffering" does not define the moral baseline of veganism, no exploitation does. Vegans would not eat animal products regardless of how obtained. The animals are still being exploited, even though their commodification would be minimal." There will still be selective breeding and artificial insemination. And WHAT HAPPENS to the animals no longer considered viable?
>> The use of lab-grown meat could be a transitionary measure. However, if and when it's
in place, it may be virtually impossible to stop it. Given the current systems of animal agriculture, large or small, corporate- or family-owned,
​lab-grown meat is still a far, far better option. 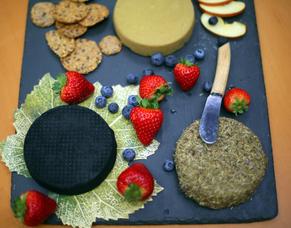 Leather made from pineapples?
You better believe it!
Launched by socially-conscious textile company

is an "innovative, natural and sustainable non-woven

comes from the tropical fruit's waste plant fibres and

is both durable and biodegradable, making it a great

alternative to animal leather.
It was first discovered by Spanish designer and Ananas Anam founder and CEO Carmen Hijosa during a business trip to the Philippines, where she was introduced to the barong talong, a traditional Filipino shirt woven together with fibres of pineapple leaves. After five years of research between the U.K. and Spain, Piñatex was born.
Along with being socially conscious, Piñatex actually comes at a low cost. According  to LifeGate, the pineapple leather is "about 23 euros per square
metre versus 25-38 euros for the leather," and is already being looked into
​by big companies such as Puma and Camper.

Not only will the introduction of Piñatex (and vegan leather) provide more opportunities for farming communities with the harvesting of pineapples, but it's also a big step for the outing of animal textiles in fashion. With a tropical fruit making waves in the leather industry, we could be in for a major change.

Delicious recipes made with
Just Mayo

​Target and Walmart are Getting Tons of New Vegan Products 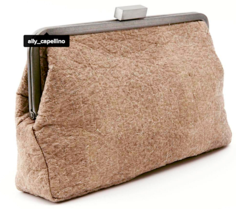 Miyoko's Cheeses, founded by Miyoko Schinner, creates nut-based cheese-like products with names like High Sierra Rustic Alpine. Miyoko's cheeses are among the most superb ever made.

Meet Meat — Made From Plants

​"If Ethan Brown M.P.M. ’97 gets his way, you’ll be eating plant-based burgers at McDonald’s in the next decade—and you won’t notice the difference.

Brown founded Beyond Meat in 2009, producing chicken strips, beef crumbles and a “Beast Burger” so meat-like that they’ve won over New York Times’ food columnist Mark Bittman, theFood Network’s Alton Brown, and even investor and Microsoft founder Bill Gates, who was sure there were animal proteins mixed in. Available at 7,000 stores across the country, including Target, Safeway and Whole Foods, the products are also making their way into restaurants and fast-casual chains like Which Wich.

Beyond Meat’s secret: They break down meat to its basic structure: amino acids, lipids, carbohydrates, minerals and water. “We can rebuild them directly from plants because none of those things are exclusive to animals,” Brown says.

​      “When the horse-drawn carriage was replaced by the automobile, people weren’t giving up a luxury, they were getting something that’s better. With the gas lamp and the electric light, or the land line and the cell phone, it’s the same thing,” he says.
“People ask me if my product is perfect, and I’ll absolutely say, ‘No, it continues to need work,’” he says. “Just like technology companies introduce new versions every year, we’re constantly improving our products.”

Hampton Creek, the creator of "Just Mayo" and backed by billionaires, will be introducing a whopping 43 new products to retail mega giants Walmart and Target in the coming months. The new items include salad dressings, baking mixes, muffins, pancakes, and brownies.

Lab-grown meat may soon be a consumer reality. Although marketed as cruelty-free, it is the least harm done as long as the culture medium is not from animals. The animals used could live free on sanctuaries but will still need to be domesticated. The process is as invasive as a blood test, although the actual process still remains a mystery.
>> Wouldn't it be speciesist to refuse lab-grown human flesh vs. animal-grown?  If this process is truly cruelty-free, then why not use humans? The first obvious answer is that people are disgusted by the suggestion to eat human flesh. Yet isn't this cultural norm based upon an ethical stance that honors human lives over all others, therefore not eating humans because it's unethical to kill them? Without slaughter, could human flesh be considered just as ethical as animal flesh? At least
​the participants could give their consent. 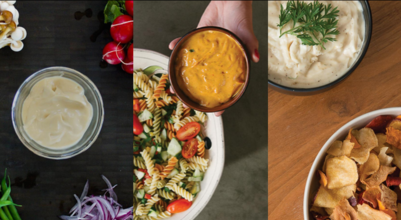 "As plant-based foods and meatless meats gain ground with consumers for health and environmental reasons, companies like Tyson Foods — a chicken, beef and pork purveyor whose name is practically synonymous with the word meat — have had to think about how to remain competitive. Tyson ... has launched a $150 million venture capital fund, called Tyson New Ventures LLC. The fund will complement its existing investments and will focus on companies that are developing "breakthrough" technology and business models.