Why Love One Yet Eat The Other? 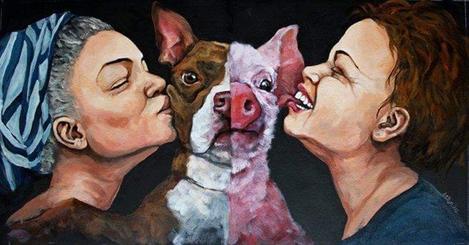 Our Striving for Justice Conflicts
​With Our Legacy of Speciesism

When we bestow upon some animals love and empathy and other animals disdain or indifference, it reveals more about our own prejudices than about the intrinsic worth of the animals we are judging. A just society always condemns discrimination on the basis of such morally-irrelevant criteria as race, color, religious belief, sexual preference, or gender because these are morally irrelevant to how we treat others.

Unfortunately, we live in an age when even many social justice people ignore discrimination based on species.We get away with speciesism because it is so acceptible today just as human exploitation was so acceptable in past ages. But this does not change the fact that species alone does not justify our systematic exploitation and killing of billions of chickens, turkeys, cows or pigs.

Speciesism, just like all of the other –isms, is inconsistent with our striving for a more just world. In this sense, eating animals violates our core values of justice, reciprocity, fairness and non-discrimination.​

"In reality, the
animals that
become our meat
are fundamentally the same as those we call our pets." 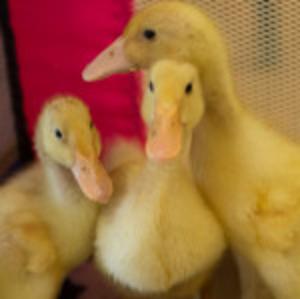 "One instance of unnecessary and pleasure-driven harm cannot be right while another instance is wrong. ​In the end, claiming that our 'pets' matter but other animals be damned ​makes no sense at all." 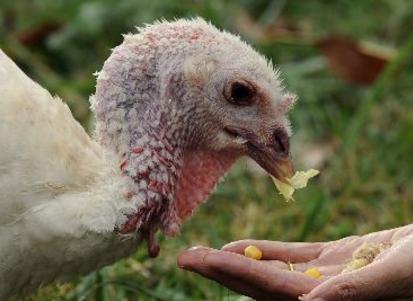 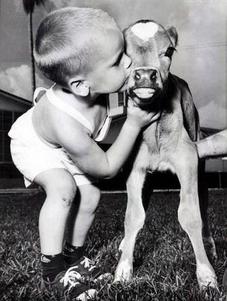 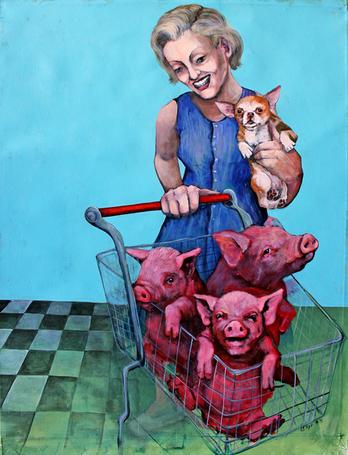 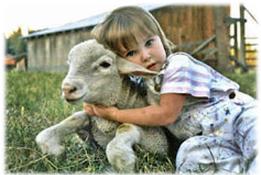 So what is wrong with differentiating the animals we claim to love from the ones we stick forks into because we like the way they taste?

Morality is about consistency
We eat meat, not because we must,
​but because we can. Meat is the ultimate, most universal expression of power over powerless, captive beings. Yet society almost universally agrees that animals should not be made to suffer gratuitously, unnecessarily, and particularly in cases where someone sadistically derives pleasure from that suffering. For this reason, we condemn instances of individual animals who were tortured and/or killed for no good reason. And society generally condemns violence and blood sports, such as dog and cock fighting, where spectators derive pleasure and even make money
​on animal suffering.

"I Love My Pets, But Still Eat Meat. What’s Wrong with That?"

This article, reprinted with permission, is published by Free from Harm

of a someone who had a mind equipped for functioning in
a complex social world: finding the right mate, building shelters, giving birth, finding and storing food for the family, raising and educating young, negotiating and communicating with others in large social groups, learning from past events and anticipating future events, experiencing and expressing likes, dislikes, pains, pleasures, loves and losses.
As author Carol Adams so aptly puts it in her ground-breaking book, The Sexual Politics of Meat,
“Behind every meal of meat is an absence: the death of
​the animal whose place the meat takes. This is the ‘absent referent.’ The absent referent functions to cloak the violence inherent to meat eating, to protect the conscience of the meat eater and render the idea of individual animals as immaterial to anyone’s selfish desires. It is that which separates the meat eater from the animal and the animal from the end product. The function of the absent referent
is to keep our ‘meat’ separated from any idea that she or he was once an animal, to keep something from being seen as having been someone, to allow for the moral abandonment of another being.” ​

All birds, mammals, and fish (and various other marine animals) are highly sentient and socially-complex beings, with a strong sense of self, personalities, the
will to live, and a strong aversion to suffering and death. They will fight for their lives as vociferously as would our cats and dogs. There
​is no moral justification for treating them differently.

The Absent Referent
Everyone uses the word "meat," even those who care passionately about ​animals. Meat, rather than animal, is the word our culture conditions us to use in place of "animal." Meat is the objectification

​Anyone who has spent some time with a farmed animal on a sanctuary or with caregivers who value their animals as companions rather than commodities can plainly see that there is fundamentally nothing different about these relationships with chickens, turkeys, cows or pigs than with the relationships most of us have with our traditional cat and dog companions. Regardless of what we think about a species or an individual member of a species, each individual  chicken, turkey, cow, pig, fish, bee ... cares about what happens to them.