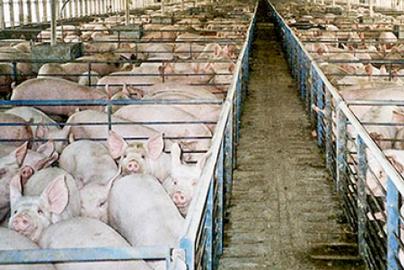 For many decades livestock farming has evolved from family-owned small farms to large farms funded by corporations and government subsidies. These farms are now known as concentration animal feeding operations (CAFOs) and can range in size from small (less than 300 animals) to very large (over 1,000 animals) [1, p.1].

"Animals are crammed in CAFOs by the thousands or tens
​of thousands, often unable to breathe fresh air, see the light of day, walk outside, peck at a plants or insects, scratch the earth, or eat a blade of grass.'[2]

• The most pressing public health issue associated with CAFOs stems from the amount of manure they produce. CAFO manure contains a variety of potential contaminants [3, p.2].

• CAFO manure can contain plant nutrients such as nitrogen and phosphorus, pathogens such as E. coli, growth hormones, antibiotics, chemicals used as additives to the manure or to clean equipment, animal blood, silage leachate from corn feed, or copper sulfate used in footbaths for cows.

• Many farms no longer grow their own feed, so they cannot use all the manure they produce as fertilizer.  [3, p.2]

​• "Runoff from land application of manure, leaching from manure that has been improperly spread on land, or through leaks or breaks in storage or containment units. Private well waters and public groundwaters become contaminated, and groundwater flows into rivers and streams [3, p.3].

​• Pathogens survive longer in groundwater that is cool
​and not exposed to the sun [3, p.4]

• Nitrates are linked to stomach and esophageal
cancers [3, p.4].

• Agriculture is the most major cause of polluted lakes, rivers, and reservoirs, especially from CAFO manure. Storms, floods, an soil erosion exacerbate pollutants being disbursed. [3, p.4]

• Fecal bacteria contamination has been responsible
for the closure of many beaches and restrictions
​on shellfish operations [3, p.5].

​• Children are at greatest risk because they consume up
​to 50% more air than adults. Those living near CAFOs have higher rates of asthma and bronchitis [3, p.5-6].

• "The EPA passed a rule that exempts all CAFOs from reporting emmissions under CERCLA" [3, p.7].

• "Only CAFOs that are classified as large are required to report any emission event of 100 pounds of ammonia or hydrogen sulfide or more during a 24-hour period locally or to the state under EPCRA " [3, p.7].

​• "The EPA has also instituted a voluntary Air Quality Compliance Agreement in which they will monitor some CAFO air emissions, and will not sue offenders but instead charge a small civil penalty" [3, p.7].

• Worse than those from smaller livestock farms due to manure pits or lagoons. Odors are spread through wind and dust up to six miles [3, p.7].

• Those in surrounding communities need to keep their windows closed, which can be difficult for those without air conditioning in hot weather [3, p.8].

• People stay indoors, children cannot play outside and some may be kept home from school [3, p.8].

• Flies near poultry contribute to proliferation of drug-resistant bacteria [3, p.8].

• Flies are attracted to human food, spreading pathogens that cause illnesses, such as dysentery and diarrhea.

• Contributes to antibiotic-resistant microbes, causing antibiotics to be less effective in humans [3, p.10].

​• Resistant strains of pathogenic bacteria are transferred from animals to humans through the handling or eating of meat [3, p.10].

• Antibiotics are present in manure that pollutes water supplies and leeches into groundwater or surface water
​[3, p.10]. ​ 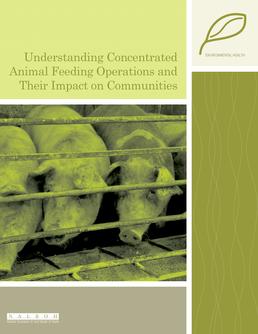 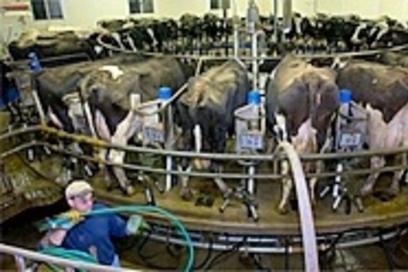 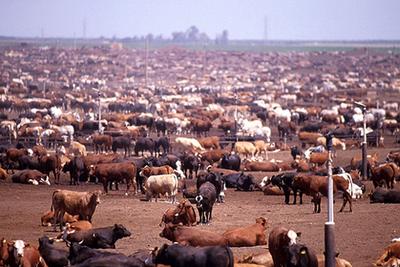 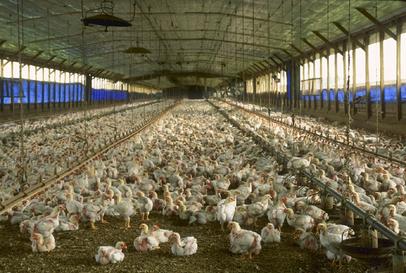