Animal waste contains many kinds of pathogens and chemical contaminants, "is usually left untreated or minimally treated, often sprayed on fields as fertilizer," and contaminates the air, water, and soil contamination. In 2006, farm animal waste runoff from IFAP facilities was suspected of causing a Escherichia coli outbreak. Three people died and nearly 200 were sickened from this contamination (p. 11, pdf p. 22).

​"Over the last 50 years, the method of producing food animals in the United States has changed from the extensive system of small and medium-sized farms owned by a single family to the IFAP system ... primarily out of view
of consumers." (p. vii, pdf p. 8).​

The Leaky Gut Theory of Why Animal Products Cause Inflammation. A single meal of meats, eggs, and dairy can cause a spike of inflammation within hours that can stiffen one’s arteries. Originally this was thought to be the result of saturated animal fat causing our gut lining to leak bacterial toxins into our blood stream leading to bacterial toxins in the bloodstream (endotoxemia). 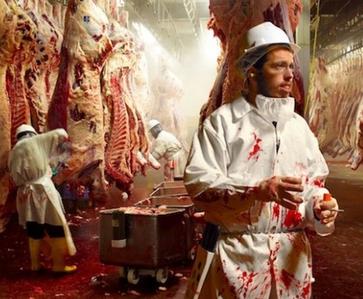 ​"These employees are hired to kill animals, such as pigs and cows, that are largely gentle creatures. Carrying out this action requires workers to disconnect from what they are doing and from the creature standing before them. This emotional dissonance can lead to consequences such as domestic violence, social withdrawal, anxiety, drug and alcohol abuse, and PTSD."

​Dr. Greger speaks about the rise in zoonotic diseases, including swine flu, linked to factory farming. Dr. Greger is speaking at the Leaders Preserving Our Future: Pace and Priorities on Climate Change on 3 November 2010. The World Preservation Foundation held a conference in Central Hall, Westminster, in partnership with Dods, the first name in political information ​and communications, to address the urgent need to find near term solutions to climate change. 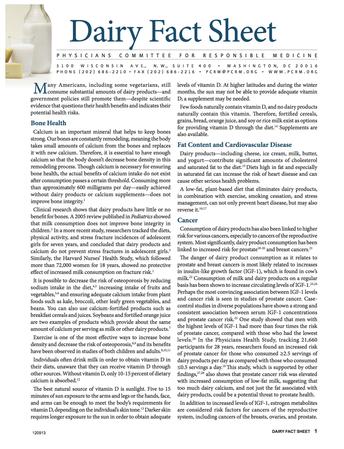 Dr. Michael Greger expert on Pandemic Diseases and its connection with the animal food industry from World Preservation Foundation on Vimeo.

​10 Things You Should Know
​About the U.S. Seafood Supply 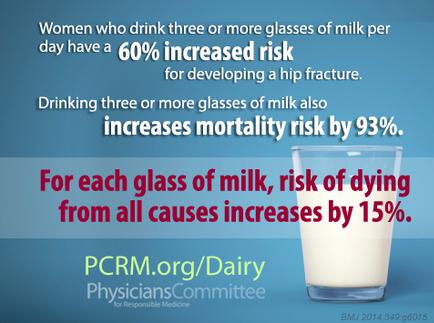 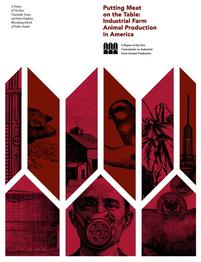 Some Fishy Things About Fish!

Research from University of California
at San Diego:

"There is a long-standing epidemiological link between the consumption of red meat (beef, pork, and lamb) and the incidence of carcinomas, atherosclerosis, type 2 diabetes, and all causes of mortality. Although such diseases have multifactorial origins, all are aggravated by chronic inflammation. Red meat-rich diets also correlate with circulating markers of inflammation and endothelial dysfunction."

"In spite of the fact that the United States controls more ocean than any country on earth, more than 85 percent of the fish and shellfish Americans eat is imported. But drill down deeper and it gets even weirder. Here are 10 things that you may not know about the fish on your plate."

"1. Some Alaska salmon make a round trip to China.
"It is more cost-effective to freeze Alaskan salmon, send it to China, defrost it, bone it, then send back to the U.S. This is also true of a large amount of our squid, the “white fish,” and “fake crab” rendered from Alaskan pollock.

"3. The sixth most popular seafood in America is a fish that can breathe air. The Pangasius catfish (from Vietnam, mostly for export) can stick their mouths above the surface of the water and take a breath of air when its ponds get too low in oxygen, because of overcrowding.

"4. Thailand is the largest producer of shrimp for export to the U.S. and  was struck by a new shrimp disease called Early Mortality Syndrome. It wiped out a billion dollars worth of shrimp. In June 2014 The Guardian revealed that a portion of the fish meal used to feed Thai shrimp is caught by vessels using slave labor.

"5. The crab in crab cake isn’t necessarily from Maryland. Because of overfishing, pollution and habitat destruction, crab now comes either from the Gulf of Mexico, where there are large blue crab fisheries, or from abroad, often from Asia.

"6. Asian carp, perhaps our worst invasive species, was introduced by American catfish farmers and wastewater treatment plants. Asian carp have now invaded much of the Mississippi basin and they are threatening to enter the Great Lakes watersheds. They eat a large portion of the aquatic food web (hence, invasive). Note: They’re also edible.

"7. Mussels contain as much or more Omega-3 fatty acids than most fish, but most are also imported. Fish do not really make Omega-3s; micro-algae do.Fish concentrate Omega-3s much the same way they concentrate toxins such as PCBs and mercury. Unfortunately, more than 90 percent of mussels in the U.S. come from Canada and New Zealand.

"8. A large portion of the wild seafood (up to 30%) we import comes to us illegally, unreported, and unregulated, according to a recent study in the journal Marine Policy. It’s outside any management system whatsoever.

"9. Most tuna consumed in the U.S. are imported and often caught with the aid of a controversial technique called “Floating Aggregating Devices.” Anything thrown into the water will attract tuna in large numbers. Floating Aggregating Devicesdraw in tuna from far away and are often seen as skewing the dynamics of the ocean, because they make these large, Pelagic fish such easy prey.

"10. The U.S. exports as much salmon as it imports. Much of the wild salmon caught in Alaska is exported. Most of the salmon Americans eat is farmed and imported from Chile. Salmon are not native to Chile or to anywhere in the southern hemisphere and, in some instances, are considered an invasive species. Annually, we send abroad about 3 billion pounds of mostly wild seafood — about a third of the total American Catch."