We do not need to test chemicals on animals! (3 min.) 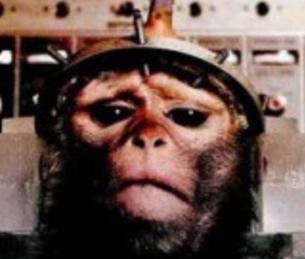 ​​​​​​​How can certain surgical
procedures be tested via
computer modeling or
tissue ​cell-cultures?

transplants tried out on dogs

I believe, they proved

effective and then used to benefit humans.

to progressively lengthen the life-span of children with cystic fibrosis; many now grow well into adulthood.

Thalidomide was not tested on pregnant animals, which it should have been before being released for use by pregnant women, with the results we know.

Big-pharma is a cynical industry with the profit motive rather than human well being as its bottom line, so naturally it will tend to overlook the inconvenient truth that too many drugs are useless or worse than useless until such catastrophic (‘unacceptable’ ) rates of death and injury ensue that the drugs in question eventually have to be withdrawn, so much is true doesn’t mean all drugs, whether or not tested on animals are injurious or useless.

​Deliberate cruelty is never
justified, such as the abhorrent
Harlow experiment described
below, and research into the
possibilities of drug testing
without the use of animals can
only be welcomed,

but I don’t see how we can do without some animal testing for the foreseeable future. Wind it down
and don’t ​extend it and hopefully we’ll see the end
​​of it eventually.’

Studies comparing drug side-effects in humans and animals have found animal tests to be less predictive than tossing a coin. In fact, their true prediction rate
is generally acknowledged to be between 5 and 25%.

Substances that could save many human lives are not approved because they are harmful to animals. And substances that are therapeutic in animals get approved, later harming and sometimes killing humans.

More than 10,000 people are killed every year in the UK by side effects of prescription medicines ‘now the fourth biggest killer in the western world. The US figure is over 100,000. Arthritis painkiller VIOXX, withdrawn in 2004, caused up to 320,000 heart attacks and strokes‘ as many as 140,000 of them fatal. Animal testing failed to predict these tragedies.

Even the RH factor was not discovered on the macasus rhesus. The observations of Banting and Best on diabetes, attributed
to experiments on dogs, were already
well-known. Every discovery derives
​from observations on humans, which are subsequently duplicated in

animals, and whenever the findings happen to concur, their discovery is attributed to animal experimentation. Everything we know today in medicine derives from observations made on human beings. The ancient Romans and Greeks gained most of their knowledge from epidemiological studies of people. The same goes for surgery. Surgery can’t be learned on animals. Animals
are anatomically completely different from man, their reactivity is completely different, their structure and resistance are completely different. In fact, exercises
on animals are misleading. The surgeon who works a lot
on animals loses the sensibility necessary for operating
​on humans.’

​​On surgery:
‘Like others in my profession, I believed that almost every important fact in physiology had been obtained by vivisection and that many of our most valued means of saving lives and diminishing suffering had resulted from experiments on the lower animals. I now know that nothing of the
​sort is true concerning the art of surgery: 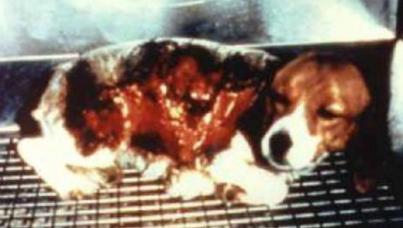 ​and not only​​​do I not believe that vivisection has helped the surgeon one bit, but I know that it has often led him astray.’

— Prof. Lawson Tait, M.D., 1899, Fellow of the Royal College of Surgeons (F.R.C.S.), Edinburgh & England. Hailed as the most distinguished surgeon of his day, the originator of many of surgery’s modern techniques, and recipient of numerous awards for medical excellence.

‘All our current knowledge of medicine and surgery derives from observations of man following especially the anatomical-clinical method introduced by Virchow: symptoms of the patient while alive and the alterations found in the dead body. These observations have led us to discover the connection between smoking and cancer, between die and arteriosclerosis, between alcohol and cirrhosis, and so on.